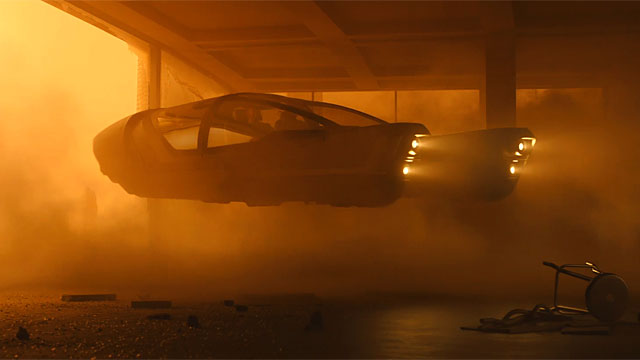 Like the marginalized replicants thrust into its dreary, dystopian world, Blade Runner 2049 shoulders a burdensome, existential weight. The sequel to Ridley Scott’s seminal cyberpunk masterpiece has a daunting legacy to uphold, and the laudable effort made to contribute to that legacy is worth mentioning upfront. Beyond that, the less you know about this film—and the more you know about the original—the better positioned you’ll be to appreciate director Denis Villeneuve’s formidable attempt at an impossible sequel. So, to borrow a phrase from the late Dr. Eldon Tyrell, indulge me.

1982 was arguably the greatest summer movie season ever and a benchmark year for science fiction. Six enduring classics dropped in a span of just seven weeks: The Road Warrior, The Wrath of Khan, E.T., Blade Runner, The Thing, and Tron. Though E.T. went on to become the highest grossing movie of the year, Blade Runner may yet be the most important. In the interim 35 years since its release, the film has ascended to a position of almost unrivaled influence in the pantheon of cinema’s sci-fi greats. Its lurid neon lights and its rain-slicked, smog-choked streets have forever polluted our vision of the future.

It wasn’t a simple journey to the top. The film has been sliced and diced into no fewer than five distinct cuts; among them the US theatrical cut, marred by concessions to an anxious studio; a more violent international version; an unfinished workprint; the remedial director’s cut; and the (perhaps) definitive final cut. The making of the film, its lukewarm reception, and its unmistakable effect on the direction of the genre is a story in itself; in fact, there’s an exhaustive three-and-a-half-hour documentary on the subject, produced in 2007 as a supplement to one of the film’s many home video releases.

All of this is to say that a sequel is kind of a big deal. Set 30 years after the events of the original film, 2049 follows K (Ryan Gosling), a cop tasked with hunting down and dispatching non-compliant replicants. It’s the same job Rick Deckard (Harrison Ford) had until he dropped off the map three decades ago. How 2049 picks up the pieces is best left unsaid, suffice it to say screenwriters Hampton Fancher and Michael Green aim to preserve the integrity of the original Blade Runner while expanding upon its universe, its characters, and its mythology.

Yet 2049’s most important inheritance isn’t in the script—it’s the meditative mood and hallucinatory aesthetic Scott established in 1982. Villeneuve captures the surreal yet banal vision of a dystopic future with uncomfortable plausibility, bringing the streets of Los Angeles to vivid life with breathtaking images that ride the fine line between dream and nightmare. As in Blade Runner, the dull narrative throb will sometimes subside to explore inconsequential yet emotionally evocative sequences that serve the central questions of the piece better than any dialogue: what does it mean to be human, and how do we retain our humanity as life on Earth fundamentally changes?

These respites give viewers permission to abandon the binary progression of the plot in favor of abstract introspection. Time seems to slow as Villeneuve ponders and prods, visually accentuating the loneliness of the characters who populate this ugly, artificial world. Genuine connections are few and far between, and in their absence, prejudice and resentment fester. Empathy isn’t easy in an increasingly solitary existence, yet hope remains; those of us who are most isolated may also prove to be the most humane.

Its deliberate, defiant pacing makes Blade Runner 2049 an anomaly in the modern movie sequelscape. It’s a big-budget gamble for the studios involved, and is likely to divide audiences as much or more than Ridley Scott’s obtuse, ambiguous original. Blade Runner, despite its obvious cultural impact and sterling reputation with the cineaste crowd, remains relatively little-seen and even less appreciated by the masses; modern audiences may not have patience for its successor’s protracted two-hour-45-minute runtime and fans may be disappointed by impossibly high expectations.

Neither group is wrong to be skeptical—this is not a mainstream movie, nor could any follow-up hope to immediately assume the classic status Blade Runner has slowly built for itself over five cuts and 35 years. Still, the concerted effort of Fancher, Green, Villeneuve, and cinematographer Roger Deakins elevate an unnecessary sequel into something worth seeing, worth discussing, and worth recommending to those with an open mind. Indulge at your own risk.